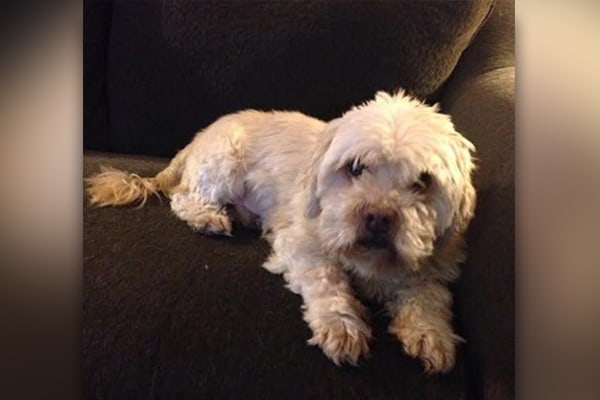 Rusty, a 13 year old shitzu mix is a long-term foster who has been with New Hope since 2011 due to medical and behavioural concerns.  Recently, Rusty began exhibiting signs of increased thirst and urination. After several tests to rule out other diseases, it was discovered that Rusty had Cushings Disease.  Rusty is now on Veterol and will have to go for blood tests every few months to ensure he remains healthy on the medication and ACTH tests to ensure his dosage is correct.   It has also been discovered that Rusty has severe dental disease, so he will be returning to the clinic to have his dental procedures completed to ensure he is pain free.  New Hope would gladly accept sponsors to help pay for Rusty’s on-going medical care. He had a very happy and wonderful foster family that he lived with until he was put to rest in late 2017.