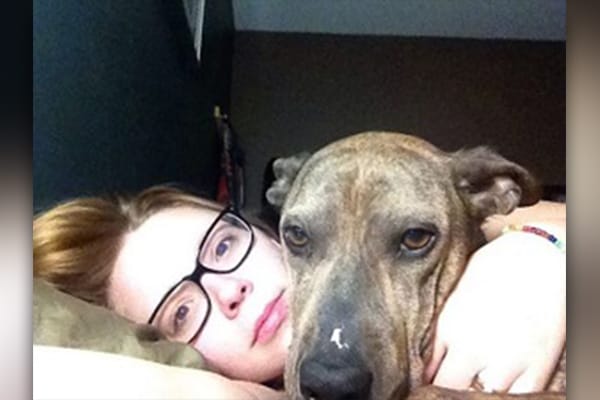 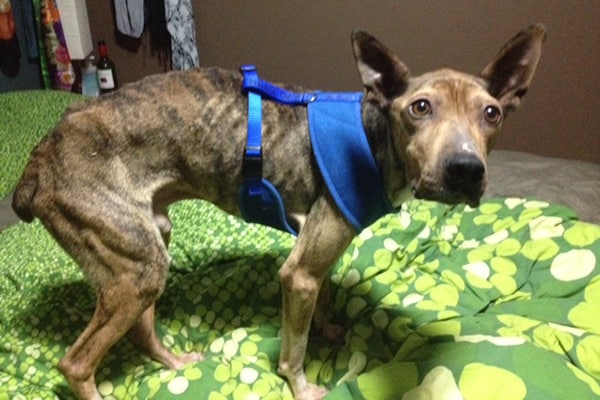 Manny came to New Hope after experiencing what no dog should experience. Manny was seized by an animal protection agency from a home that was literally starving him to death. He was skin and bones and had begun metabolizing his muscle tissue when he arrived at New Hope. Manny was put on a special gastrointestinal food as he acclimatized to eating again. Slowly Manny gained weight and lost that hopeless look in his eyes, leaving his exhuberant personality to shine through. Despite how he was treated, Manny met every new person with love and enthusiasm. He was always a big hit at every event he attended.

Manny was adopted but unfortunately was hit by a car and died. Manny was only 5 years old but loved by so many. He is pictured here when he first came to us and with is foster mom who loved him dearly. Rest in peace little one, you have left paw prints on the hearts of all you have touched. We will miss you!