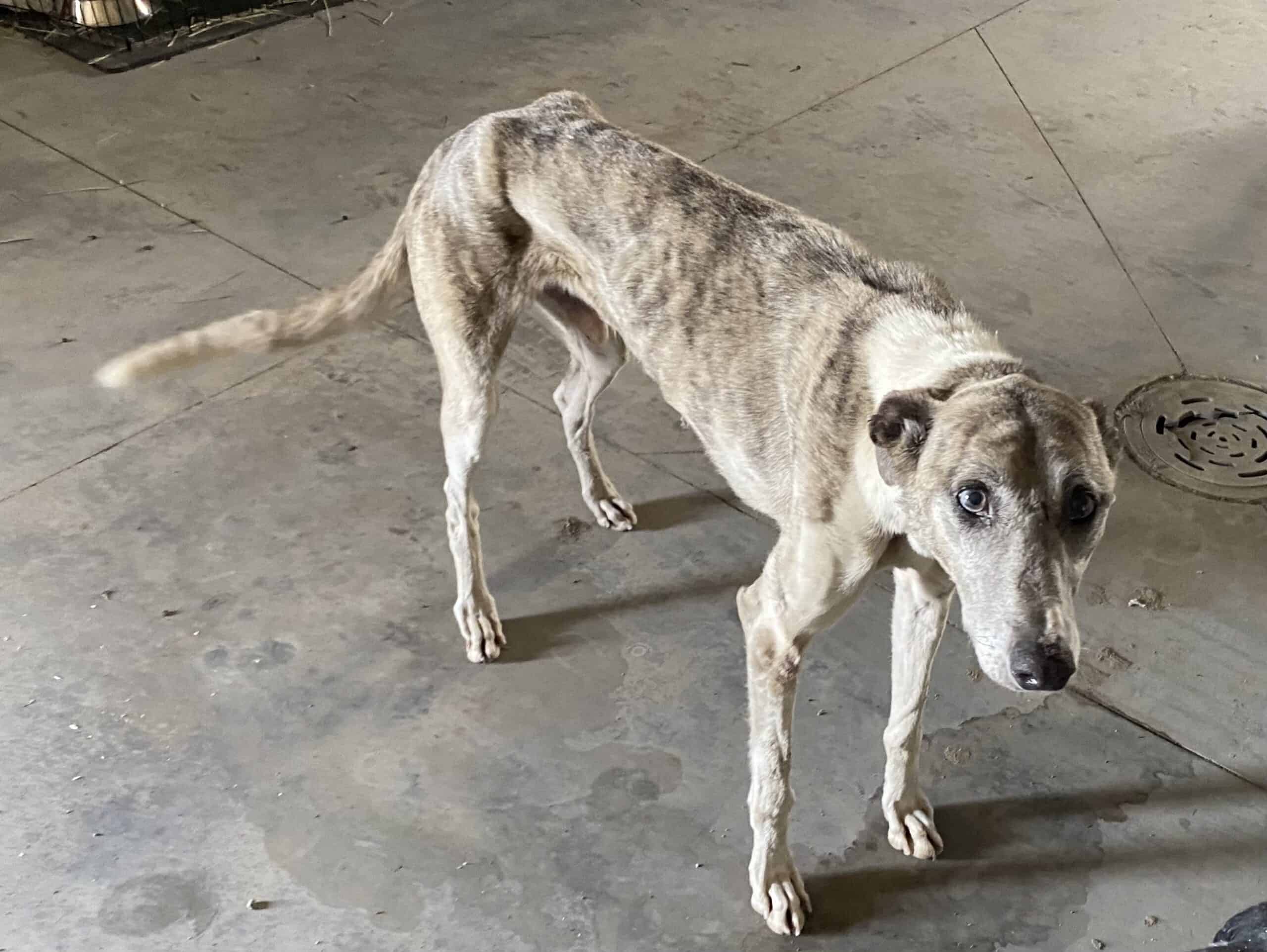 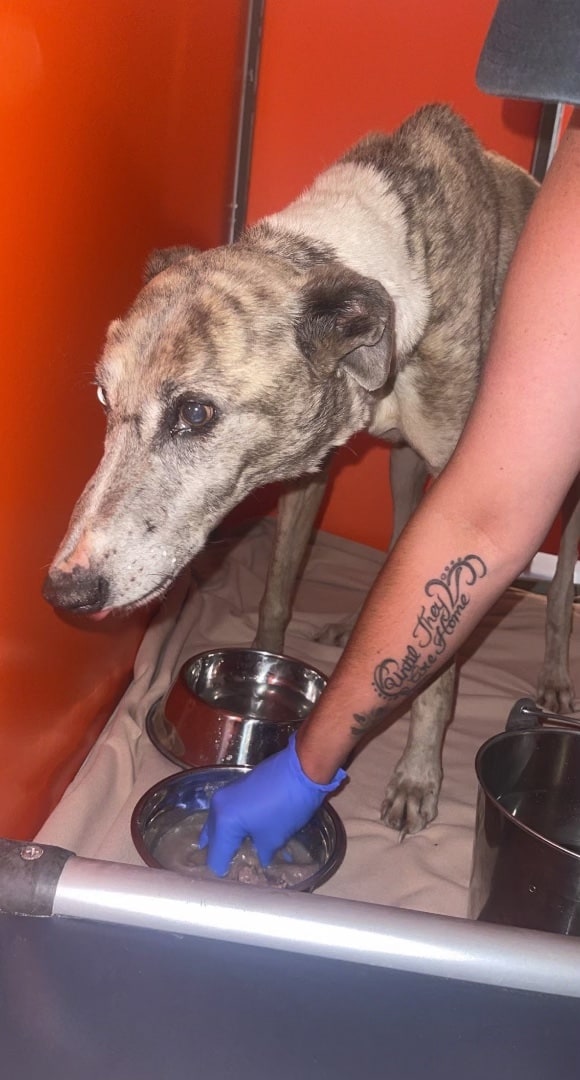 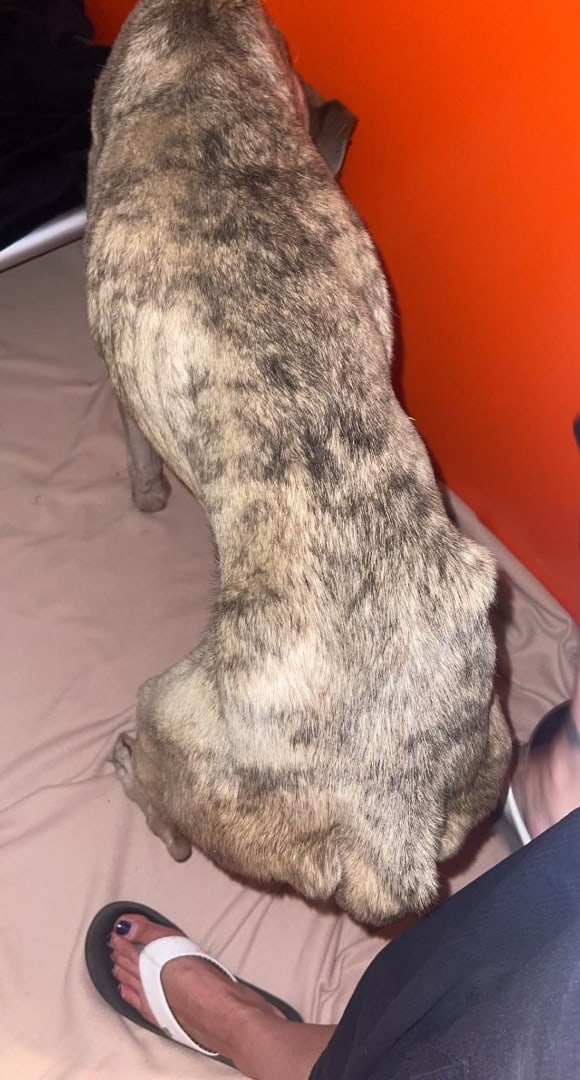 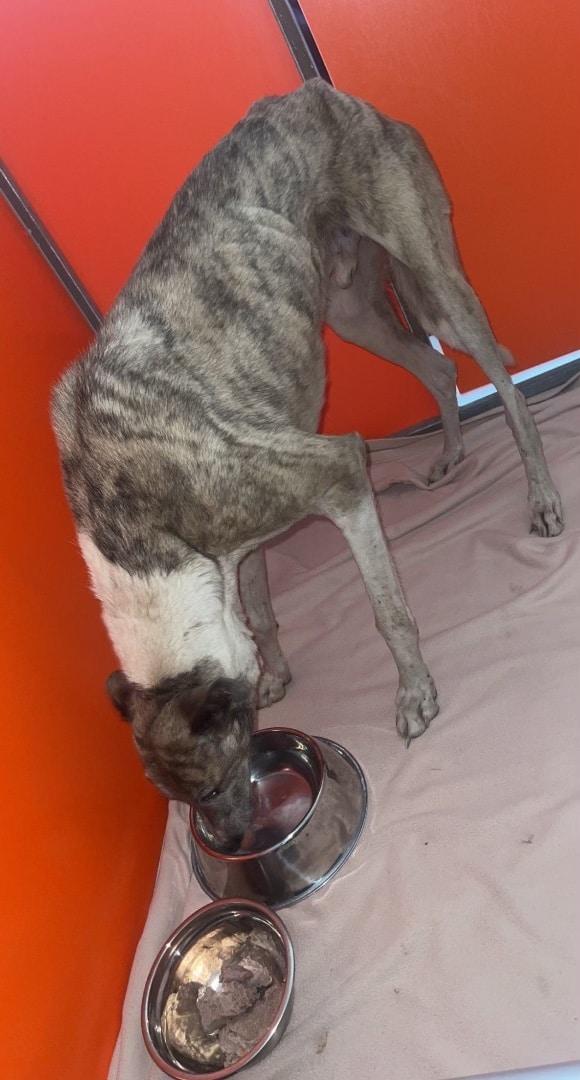 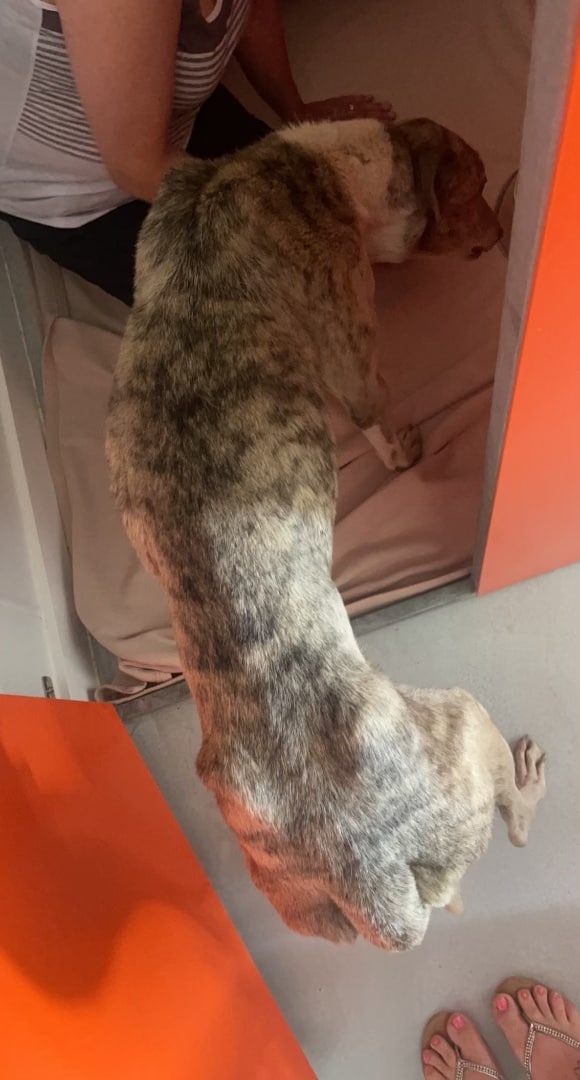 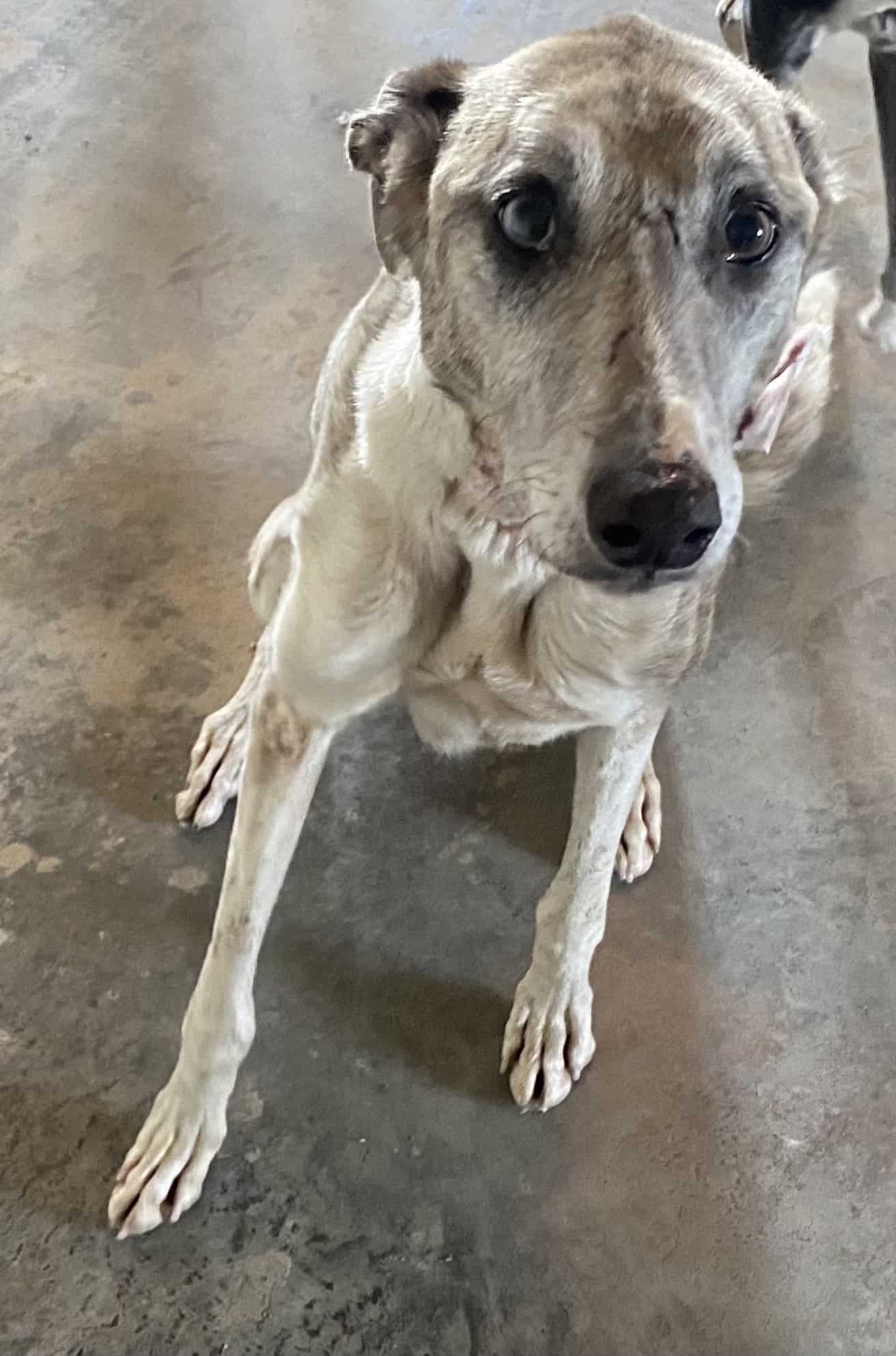 On August 16th we were contacted by Canine Action Project that they had a 6yr old greyhound that had come into their care and required emergency attention. It was thought that he had met a porcupine and it had not gone well for him. He had not been eating for at least a couple of weeks.

On August 18th Pepper was taken to the caring team of vets at the Small Animal Clinic Emergency Department at the Western College of Veterinary Medicine. He was very underweight and dehydrated. After sedating him they started to make small incisions to remove as many of the quills as they could and also discovered that he was suffering from fleas. The problem with porcupine quills is that they tend to migrate so the team had quite the task ahead of them. They found many quills embedded in his neck, and chest, including one in his mouth embedded in his soft pallet. Some of the ones they found were deemed as unsafe to remove due to their proximity to major arteries and thorax. While it was safer for them to remain where they are this is something that will need to be observed throughout his life.

Shortly after his procedure, Pepper was released to recover in his foster home. His foster mom says that his tail has not stopped wagging since he got up this morning and he is definitely enjoying his meals. Pepper will now be observed for any complications or infections from the quills. Once he has been medically cleared he will be looking for a loving forever home that will not include porcupines.

Update: Pepper was given the all clear and has moved into the loving arms of his forever home.

Please consider making a donation to our Guardians of Hope program where your donations continue to help dogs like Pepper. 100 percent of all donations towards this fund goes directly to the animal’s medical expenses for major medical care.